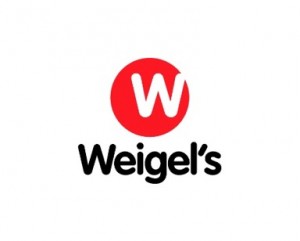 Weigel’s Farm Stores, Inc. operates more than 60 dairy and convenience stores, all within a 50-mile (80 km) radius of corporate headquarters in Powell, Tennessee. Weigel’s sells their own brand of milk, fruit juice, and iced tea. The company also has an award-winning selection of coffee, cappuccino, and hot chocolate.

The Weigel family entered the dairy business in 1931 with a “herd” of four cows, selling raw milk for nine cents a gallon. In 1936, a used pasteurizer was purchased and the dairy became one of the first in East Tennessee to distribute pasturized milk. A total of 12 people were employed by the farm and dairy at the time.

In 1938, management of the operation passed completely to Lynn B. and William W. Weigel, both men having graduated from the University of Tennessee’s School of Dairy Science. Lynn was in charge of the office and dairy operations and William was in charge of farm operations and marketing. In 1947, the new plant was modernized, and ice cream and cottage cheese production were added.

Primarily to provide an outlet for their returnable gallon milk jugs and other dairy products, the Weigel brothers opened drive-through stores in East Tennessee. The first Weigel’s, a 500 square foot location, opened December 9, 1958. Walk-in stores didn’t appear until June 1964, when Store Number 12 opened on Oak Ridge Highway. Today, Weigel’s stores are bright and modern, and the company is among the leaders in the retail convenience market.

See how you fit into Markets at Choto.